The following includes technologies that feel like developing or working with, or find interesting.

Disclaimer: This is absolutely NOT a tech-advice. I am only sharing my personal perspective and for my personal enthusiastic use-cases. For professional production purposes, tools must be chosen carefully based on the very nature of projects rather than personal preferences.

I like FLOSS (Free/Libre and Open Source Software); therefore, I like GNU/Linux — as simple as that! For the matter of distros, my favorite one is (and always has been) Fedora for bringing cutting-edge technology alongside simplicity. However, I often tend to use Mint (Cinnamon desktop) on personal workstations. Though not cutting-edge as Fedora, it is stable and easy to use. Also in comparison with Ubuntu, Mint seems to run faster (noticeably on older hardware).

Regardless of the default programming language, every programmer needs to know a scripting language to be able to implement some logic on the go whenever needed (one not always might be planning to implement an enterprise app). That being said, my scripting language of choice is Python. I love its friendly community, the philosophy behind its design (the Zen of Python), and indeed the vast number of its useful libraries and frameworks.

I find Julia well-designed and satisfying to use. While being a compiled language, its syntax is similar to common scripting languages. However, the ecosystem is quite data-centric at the moment and I wouldn't recommend it for cases like enterprise web development (Go, with its great ecosystem and helpful community, is my favorite on these matters).

I do not code in Rust — at least not for now. However, it appears to me as a mesmerizing language, and especially a great future replacement for C/C++.

I feel most comfortable using VS Code due to its swiftness, as well as its helpful extensions. However, I am mostly inclined to use one specific binary release of it: known as VSCodium (not everyone might notice, but in contrast to the MIT-Licensed source code, the official build of this editor has a proprietary license and also contains tracking capability).

There is little need to explain why Git is useful. Instead, I would have another argument: why should such a useful tool remain exclusive to software developers? Why shouldn’t there be a super-simplistic GUI for Git, so that even a basic user with minimum knowledge about computers could be able to use it? Into the bargain, why isn’t there a Git GUI for mobile phones yet? I urge fellow developers to consider this matter and try to bring Git accessibility for any user who knows how to turn on a PC.

Isn’t Docker one of the most hilarious IT innovations of the 2010s?! The fact that you could set up any desired environment with only a minimum number of keystrokes makes life a lot easier!

A few other tools that I use for my daily work and enjoy them:

Libraries and frameworks occasionally come and go; one cannot stick to any of them forever. At the moment, I would rather work with the following:

I enjoy using TensorFlow for deep learning purposes. It’s well-documented and I find the codes more readable. In addition, it gets even more fun when Keras is used as a wrapper on top of it.

Another library that appears charming to me is NumPy. It is so well-designed and I love to use it as a replacement for MATLAB when it comes to linear algebra.

These are what inspire and/or fascinate me.

It is an unofficial flag, proposed as a representation of planet Earth – regardless of politicos, organizations, et cetera. I love it so much that I have put one on my desk.
The symbolic explanation from the original website is as follows:

“Centered in the flag, seven rings form a flower – a symbol of the life on Earth. The rings are linked to each other, which represents how everything on our planet, directly or indirectly, are linked. The blue field represents water which is essential for life – also as the oceans cover most of our planet's surface. The flower's outer rings form a circle which could be seen as a symbol of Earth as a planet and the blue surface could represent the universe.”

Natural languages are fundamentally complex (noticeably for non-native speakers). Therefore, teaching them necessitates massive financial and temporal resources. Moreover, they are entangled with cultures, and spreading one leads to spreading a specific culture (and endangering other cultures). Based on these reasons, I believe that a simplistic and carefully constructed language – like Esperanto – should be a mediator among all nations, especially in international communications, academic papers, or user manuals. Esperanto is the language of peace and unity!

Not everyone might consider it the best. Moreover, this movie indeed contains some technical flaws and mistakes (e.g. the unrealistic proximity of the orbital parameters of a random Space Shuttle orbiter, the International Space Station, and the Tiangong space station). Still, I love Gravity so much! Every moment of this movie was so magnetizing to me and made me overladen with emotions. Chiefly its characterization – the way it represented the personal emotions of the main character – and its breathtaking music were enchanting.

“OK. Alright the way I see it, there's only two possible outcomes. Either I, make it down there in one piece and I have one hell of a story to tell, or I burn up in the next ten minutes. Either way whichever way, no harm no foul. ‘Cause either way, it'll be one hell of a ride. I'm ready.”
— Mission Specialist Ryan Stone

Also, strong symbolism could be seen around the plot. The protagonist appears to lose all meaning in massive chaos and metaphorically dies. But then gradually she experiences a reborn and a somewhat stressful regrowth and finds meaning again. 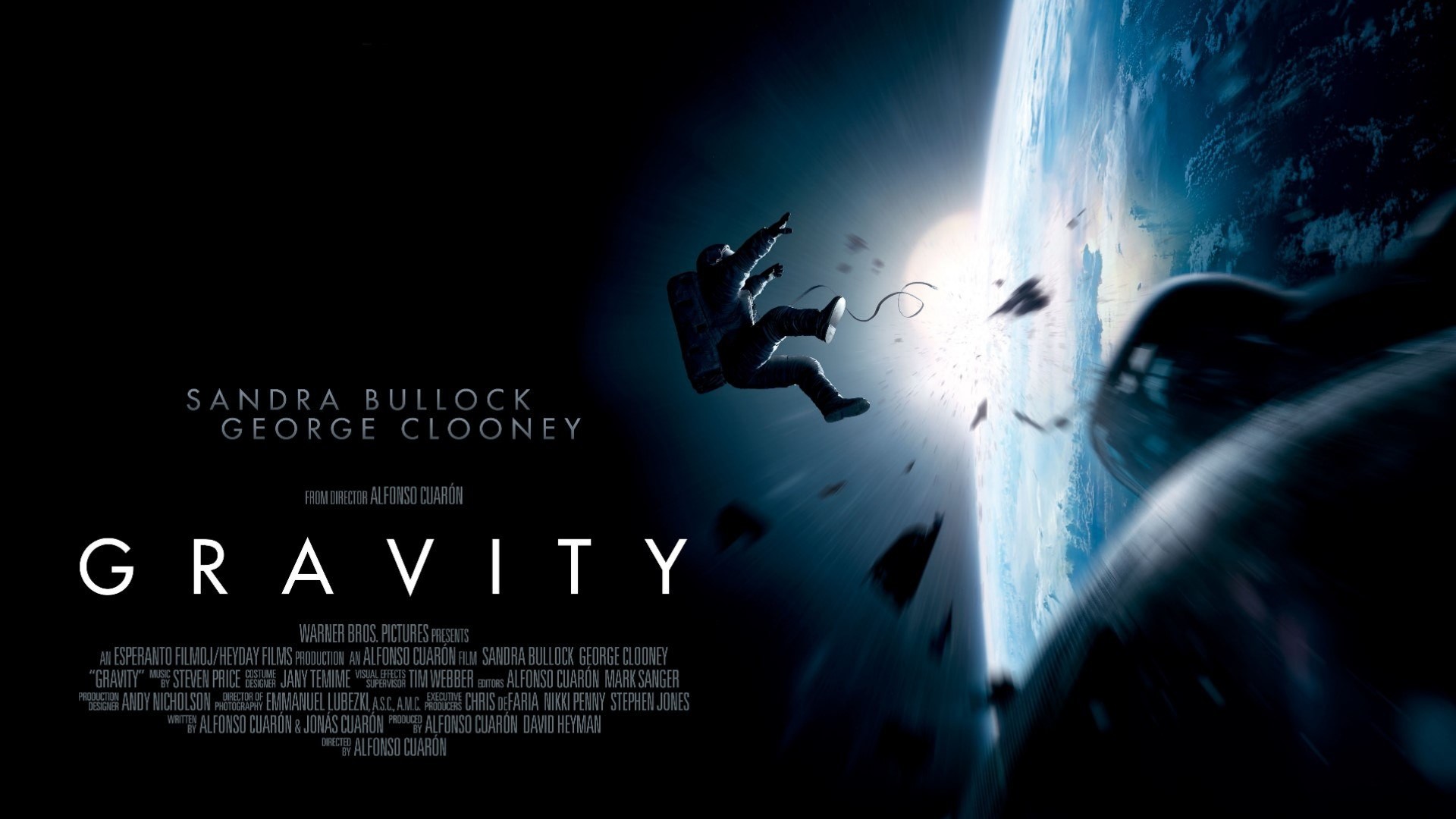 I am not a huge fan of novels. Nonetheless, I enjoyed reading Artemis and The Martian, especially due to being noticeably realistic and well-grounded. Moreover, the latter is filled with attention to scientific and engineering details and that is what I like the most about it. This is what I would call a true science-fiction!

Some other books that I'd strongly recommend: 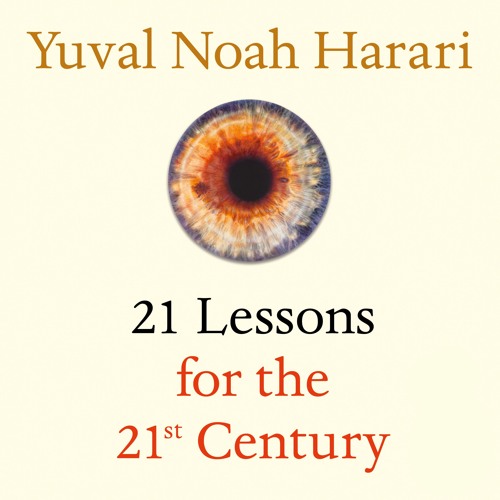 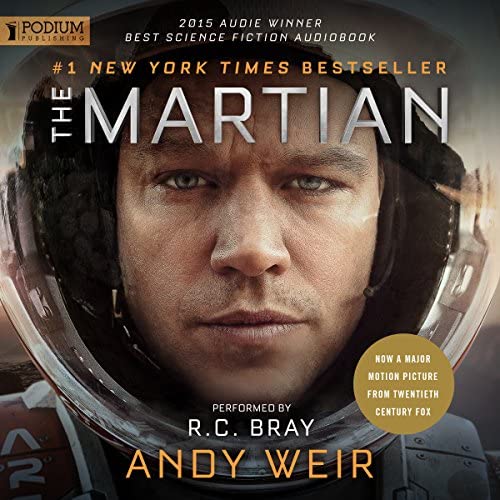 The International Space Station is my favorite vehicle. This magnificent scientific lab is the most complex and expensive artificial object and was built and developed through the international cooperation of various countries from almost every continent. It represents the power of science, engineering, technology, economy, collaboration, and peace. 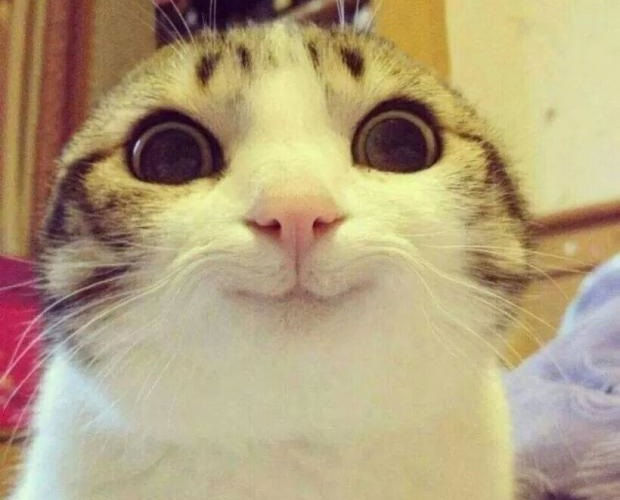 Especially in terms of science, I don’t truly believe in following authorities (but rather methodologies). Nevertheless, here are some people who inspire me:

This colleague of mine was a genius and I am so proud to be a small part of what he has established! Turing was basically prospecting decades ahead of his time. In one of his renowned papers (Turing, 1950), he dedicated a whole chapter to “learning machines”, arguing that instead of trying to produce a program to imitate an adult mind, why not simulate a child’s – uneducated but capable of learning? That is the very concept of the machine learning we recognize today!

Although most recognize him for developing classical mechanics, I highly admire Newton due to his philosophical innovations. He essentially revolutionized mankind’s perspective on natural philosophy and could indeed be considered a founder of modern science.

Even though the natural-selection-based theory of evolution was still incomplete until the era of genetics, I celebrate Darwin for restructuring our ideas about ourselves, our surroundings, and our stance in the universe.

I daresay the magnificent general theory of relativity shall be regarded as an absolutely perfect example of a scientific theory. And the fact that it was mostly developed by only one individual is astonishing!

She, principally, could be mentioned as the Leibniz of the 21stCE (26stPE) century! Not unlike Leibniz (as well as others like Newton) making significant contributions to calculus, Mirzakhani’s studies on Riemann surfaces were marvelous.